How we prove your products meet standards?

We start by understanding your quality standards. We comply with ASTM standards and we are NADCAP accredited for Florescent Penetrant, Magnetic Particle and Radiography Film. The standards that your parts need to meet will determine the process that we use. Below are the processes we specialize in performing. 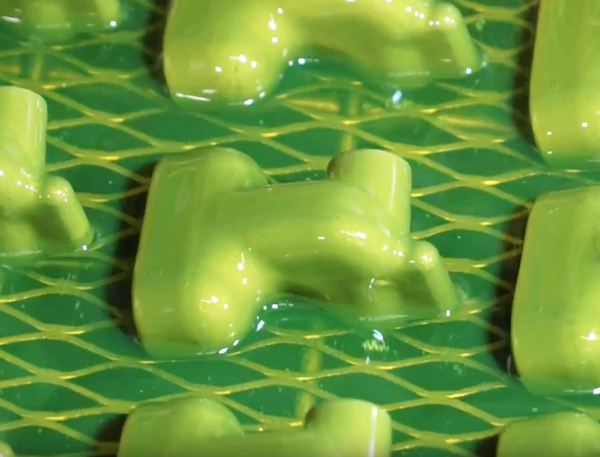 When your quality standard requires a surface free from tiny cracks, inclusions, or other surface defects that are not detected with a visual inspection, fluorescent penetratnt inspection will allow detection of such inications on most non-porous materials. The part is cleaned and a colored dye solution is applied to the surface of the part. The dye is suspended in penetrating oil and will freely flow into these surface imperfections. When our special developer is applied, the defects are clearly indicated.

A similar method suspends fluorescent powder in penetrating oil. This brightly colored film covers the parts and the penetrant finds its way into any defects.

Then the part or area is dusted with drying powder and the fluorescent solution is drawn from the defect. Then a visual inspection is in an ultraviolet lighted environment which will easily show the defects as they will glow.

Generally, dye-penetrant testing techniques will identify defects on the surface of the casting and will not detect internal porosity or shrinkage that is not open to the surface. But these methods can detect hairline cracks, rounded indications for porosity, or gas on the casting surface. These two methods are less expensive than radiographic testing.

Magnetic particle Inspection (MPI) detects surface and slightly subsurface discontinuities in ferromagnetic materials such as iron, nickel, cobalt, and others made from these alloys. A high-amperage, low-voltage current is passed through the part, which establishes a magnetic field. Magnetic flux is introduced to the part. Since cracks and defects have different magnetic properties than those of the surrounding material, their presence causes distortion by interrupting the magnetic field, thereby indicating the shape and position of the crack or void.

Magnetic particle inspection is quick, inexpensive and sensitive to particularly shallow (0.003 in.) defects, surface cracks and other lineal indications.

Radiographic inspection, or X-ray, is the best nondestructive method for detecting internal defects and hidden flaws, such as shrinkage and inclusions, simply because we are looking inside the part with short wavelength electromagnetic radiation (high energy photons) to penetrate various materials. And the radiograph serves as a permanent record of the part quality that can be reviewed by multiple personnel.

In this method, a part is exposed to ionizing radiation from an x-ray tube. The part absorbs some of the radiation, and the remaining portion of the radiation exposes the radiographic film. Dense material withstands the radiation penetration, so the film is exposed to a lesser degree in those areas, giving the film a lighter appearance. Less dense materials allow more penetration and correlates to darker areas on the film. Any hole, crack or inclusion that is less dense than the part’s alloy is revealed as a dark area.

Casting thickness and density will affect the range of inspection possible, depending on the energy level of the radiation.

American Metal Testing strives the maintain the best quality, integrity, and standards in all non-destructive testing and failure analysis of metal components, machine parts, and metal casting. Contact us today to learn more.